Apache Kafka is an event bus that is used to pass events between different Egeria servers.

Kafka's own QuickStart Guide covers installation and basic usage. You may alternatively wish to install Kafka using a package manager such as HomeBrew on MacOS.

For Egeria, the Kafka server needs to be running a PLAINTEXT listener. From the directory where Kafka is installed, check the config/server.properties file so that the listeners and advertised.listeners are setup as follows:

The example above uses localhost:9092 for simplicity, assuming you are running Kafka locally on the same machine where you are doing your development. If running elsewhere, replace this with a name that is fully network resolveable (i.e. by both the host running Kafka and the client machines that will connect to Kafka from other hosts).

When installed via HomeBrew

From within the bin folder of Apache Kafka

When installed via HomeBrew

From within the bin folder of Apache Kafka

Docker is a simple container runtime and standard . Every day, the Egeria build processing creates a Docker image of Egeria and pushes it to the public Docker catalog called Docker Hub .

This docker image provides a simple way to bring a runnable version of Egeria onto your machine without any additional dependencies aside from Docker itself. It also provides the basis for a Kubernetes deployment of Egeria. 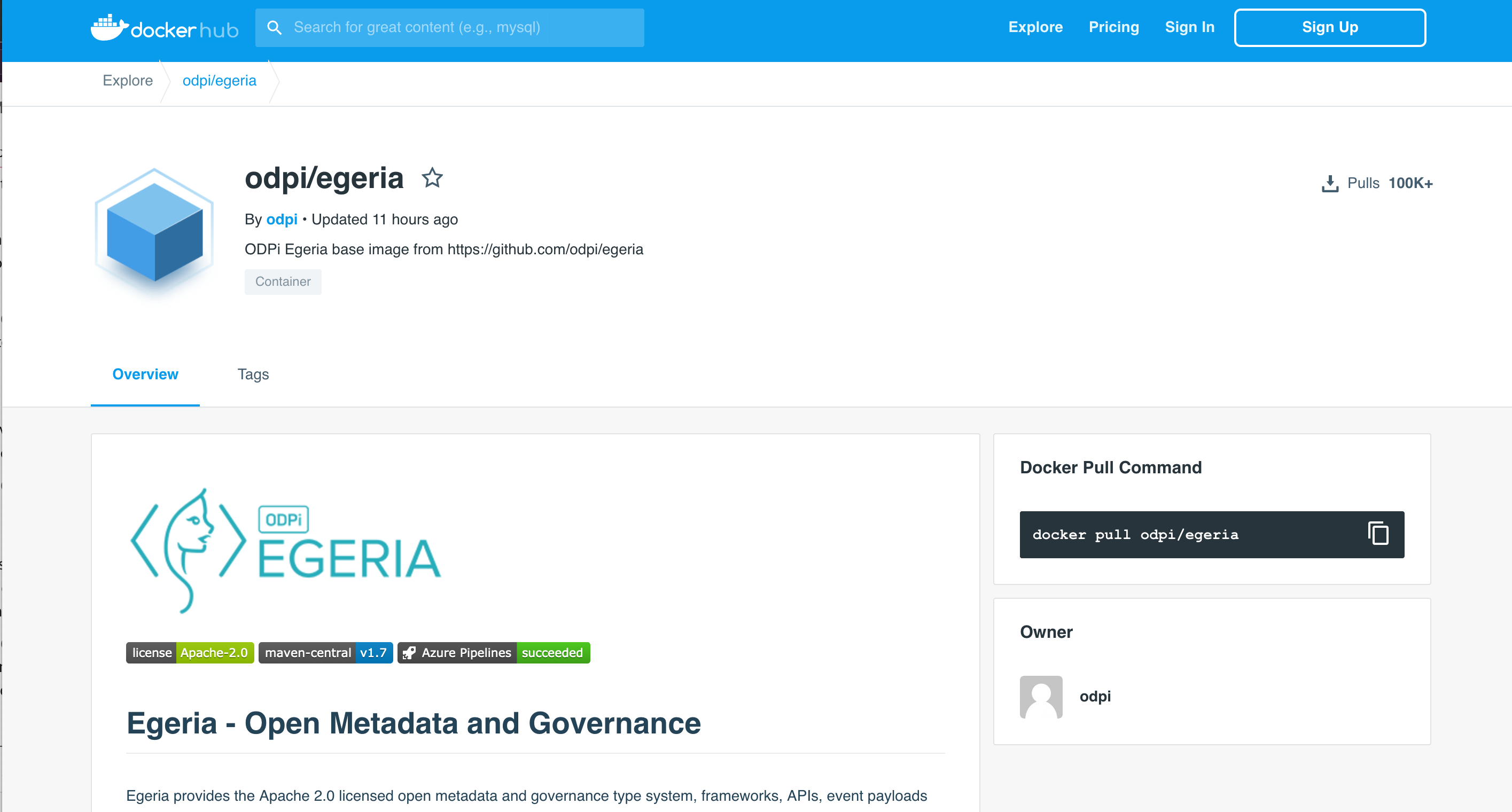 The Tags tab shows the different releases that are available. 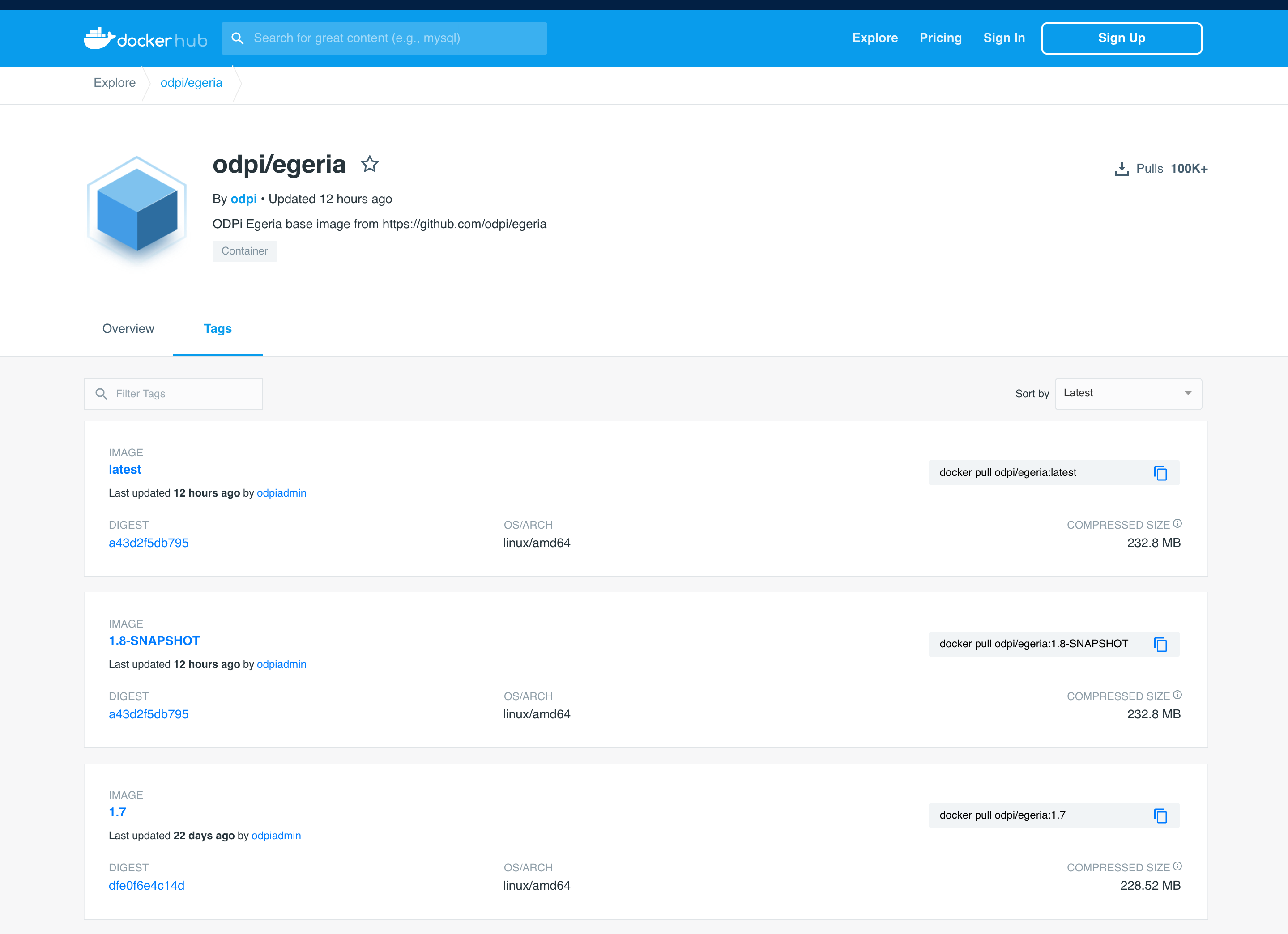 The docker image needs a runtime to execute. It can run in the cloud using various platforms or on your machine using Docker Desktop.

Docker Desktop supports running a docker image as a standalone container, or as part of group of containers started with docker-compose.

Follow the instructions for you operating system. For MacOS, Docker Desktop is installed like a standard application.

Once it is installed, it can be launched like any other application, such as through the launchpad / start menu.

Otherwise, use the Docker tutorial to get the image up and running in Docker. It describes how to install, set up Docker and make use of Egeria's Docker image.

Kubernetes orchestrates (starts / stops / connects) different containers, such as Docker containers together so that they can be managed as a complete solution.

Kubernetes is an open source project managed by the Cloud Native Computing Foundation .

Egeria uses Kubernetes to run all the components in the Coco Pharmaceuticals hands-on labs.

Helm is a package manager for Kubernetes. Through Helm, a chart can be used to deploy multiple containers and other related components as a single deployable unit. This makes it one simple step to deploy what may otherwise be a complex solution composed of multiple runtimes (like Egeria's OMAG Server Platform, Apache Kafka, JupyterHub, and so on) -- without needing to obtain or download all the various runtimes, know how to operate them, and so on.

The Egeria team maintains an odpi-egeria-lab Helm chart that can be used to automatically deploy all the components necessary to run through the open metadata labs.

Spring is used in our client libraries to call REST APIs. Specifically it provides the org.springframework.web.client.RestTemplate class for formatting REST calls and parsing the responses.

On the server-side, Spring provides the annotations that define how a Java method is exposed as a REST API. This includes the URL of the call, and how the parameters and responses are mapped. A REST API is typically implemented as a single Java class where each method is a different operation on the REST API.

At the top of the Java class is a declaration of the URI that is common for all methods in the class.

Such a URI follows the root URL of the server: so if the server was using https://localhost:9443, the methods are called using:

For each method / operation, the rest of the URL is defined and mapped through additional annotations.

Project Jupyter provides tools for interactive computing. In particular, we use Jupyter notebooks to provide an interactive environment for running snippets of Python code, interspersed with Markdown documentation, for our hands-on labs. 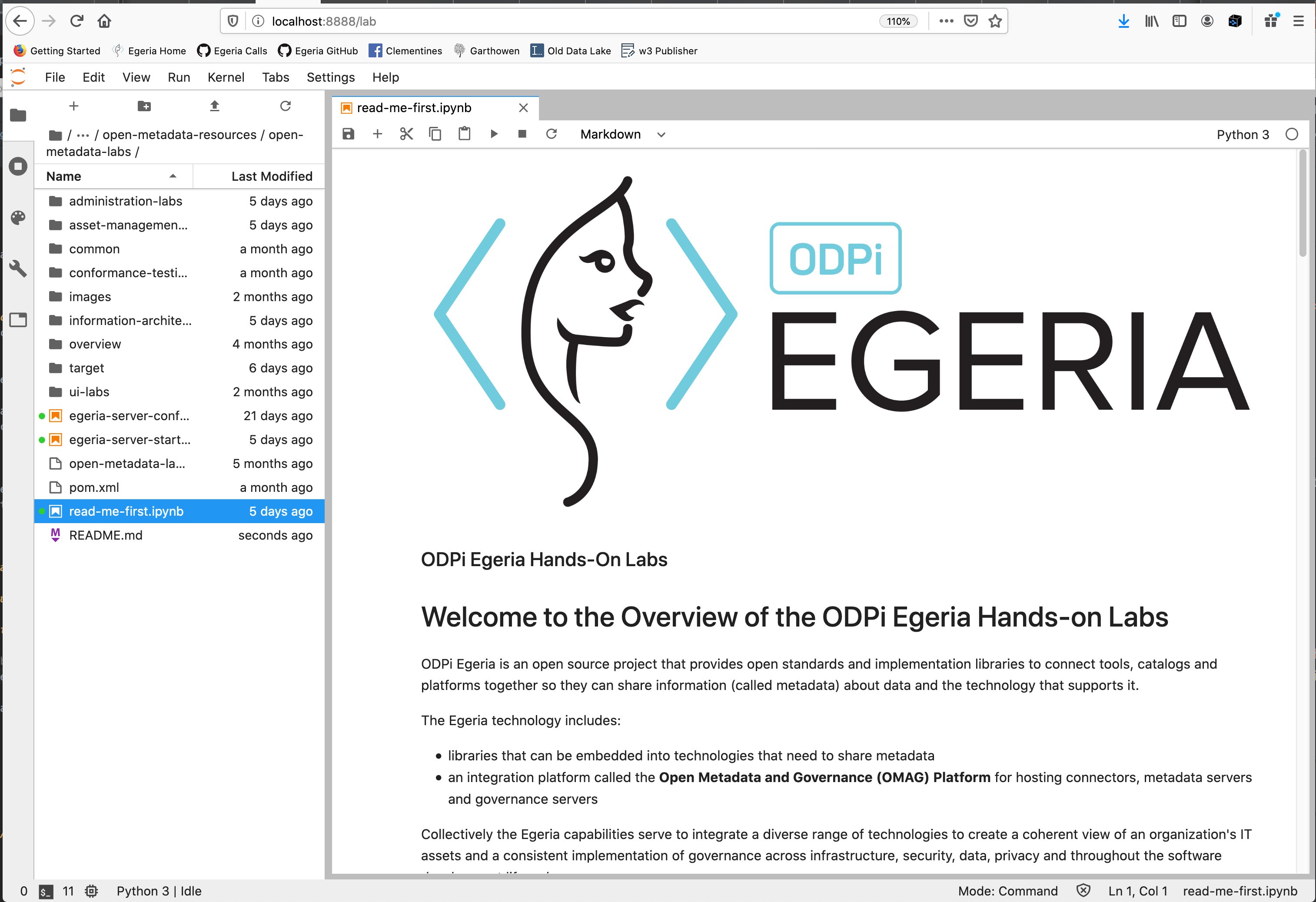 A free version of the latest Jupyter Notebook support (called JupyterHub ) can be installed in various ways.