A glossary is a collection of semantic definitions, typically focused on defining the meaning of data.

The process of building a glossary is iterative and collaborative. It switches between creating a overview of the content and then drilling down into the specifics, increasing the precision, before returning to review the overall consistency of the definitions.

Often organizations begin with a simple exercise to identify the broad topics that need to be covered. These broad topics are called Subject Areas. In an earlier scenario, Erin Overview created an initial list of Subject Areas for Coco Pharmaceuticals.

In this scenario, Erin is working with Faith Broker the director for human resources on the employee data subject area.

Erin and Faith begin by identifying key concepts and create a short description for each one. Each of these concepts will be recorded in a glossary term. The descriptions often reveal new concepts that need explaining.

The notes identify points to investigate and expand on. 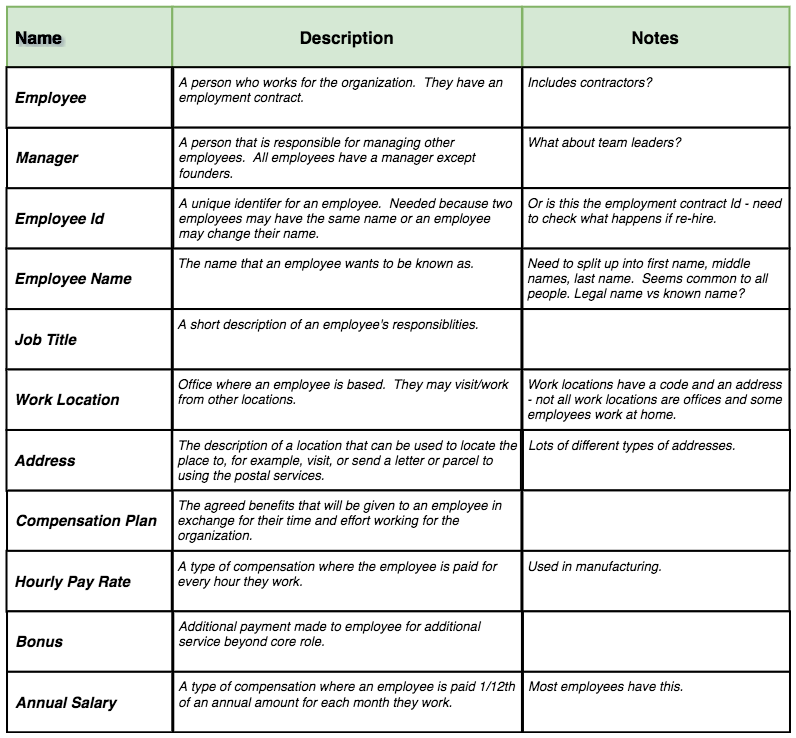 Drilling down to fill out more information¶

Taking each concept in turn, Erin and Faith start to flesh out more detail in its glossary term. Important concepts can have a detailed description, examples, usage descriptions, images and other media clips to help educate a reader on the meaning of the term.

Figure 2 shows an exercise where the work location concept is expanded with detail of the data likely to be associated with a work location. Term relationship begin to appear. 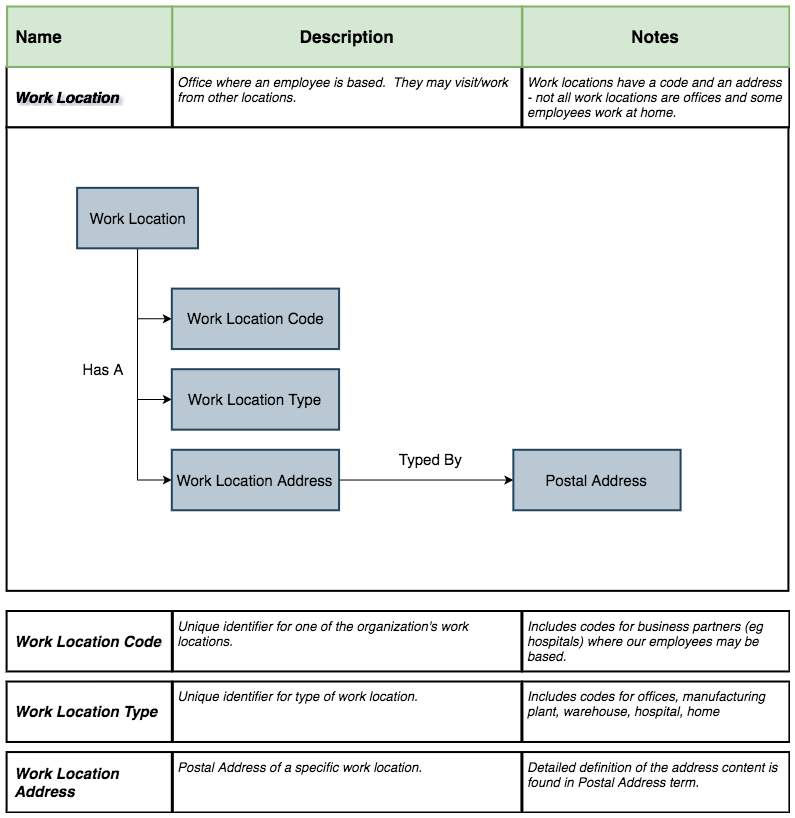 Figure 3 shows common core types of data - postal address in this case - being identified as the same substructures appear in multiple places. 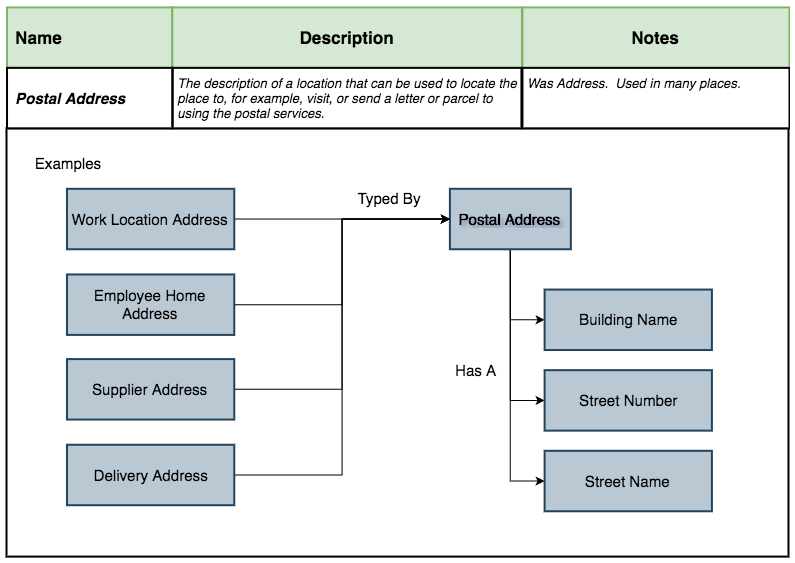 Figure 4 shows specializations of concepts being linked into a type hierarchy. 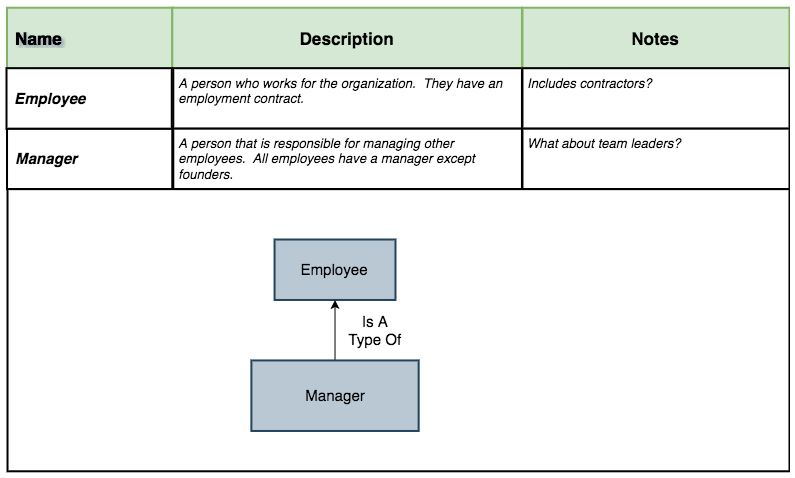 As new concepts are added to the glossary, Erin and Faith make choices on how much detail to add to its glossary term depending on its importance - and the need to uncover new concepts.

Reflecting on the process¶

After a few hours work, Erin and Faith reviewed their process. Initially it was hard work to be precise on the definition of words they use every day. However, they discovered that it got easier as the core concepts they had already defined could be used in the definition of new terms. They also realised that building a glossary is not the work of a committee. It takes the focus of 2-3 experts to lay out the core concepts. Then begin to bring in new people, taking them through the work so far, incorporating their feedback and working with them on defining additional terms they are interested in. Through this process the team and knowledge expands and individual members and create subteams, with new people to fill out different sections of the glossary. All the time there is constant review and validation that the terms are consistent, and discrete.

As new terms are defined, Erin begins to organize them into categories in a similar way that files are organized into directories (folders) on a disk. Terms can appear in multiple categories - in fact they can appear in categories from other glossaries.